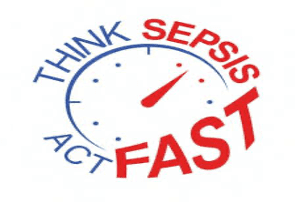 SEPSIS KILLS – DO YOU KNOW HOW TO SPOT IT?

Sepsis (also known as blood poisoning) is the immune system’s overreaction to an infection or injury. Normally our immune system fights infection – but sometimes, for reasons we don’t yet understand, it attacks our body’s own organs and tissues. If not treated immediately, sepsis can result in organ failure and death. Yet with early diagnosis, it can be treated with antibiotics.

WHO IS AT RISK?

Anyone can develop sepsis after a minor injury or infection. It can affect people of any age or condition of health.

WHAT ARE THE CONSEQUENCES?

Sepsis kills more people in Scotland than breast and prostate cancer combined and in the UK 5 people die every hour. And it’s not just about the deaths – 40% of those that survive sepsis suffer permanent life-changing aftereffects. These patients are often left with significant physical, psychological and social complications, including chronic pain, post-traumatic stress disorder, memory loss, limb amputations, seizures, kidney impairment and bowel problems. In addition to this, 25,000 hospital admissions with sepsis each year in the UK occur in children.

HOW TO SPOT SEPSIS IN ADULTS

Early symptoms of sepsis may include:

In some cases, symptoms of more severe sepsis develop soon after, including:

HOW TO SPOT SEPSIS IN CHILDREN

If your child is unwell with either a fever or very low temperature (or has had a fever within the last 24 hours), call 999 and just ask, “could it be sepsis?”

A child may have sepsis if he or she:

A child under 5 may have sepsis if he or she:

On their own, these symptoms can be indicators of other health problems. But a combination of these symptoms becoming progressively worse means it is important to speak with a medical professional.

Caught early, outcomes can be excellent. However, left unchecked, the patient’s condition is likely to rapidly progress to multiple organ failure and death.

That is why early action is important.

WHAT TO DO IF YOU SUSPECT SEPSIS

Seek medical advice urgently if you have recently had an infection or injury and you have possible signs of sepsis. Ask the question, “is this sepsis?”

If sepsis is suspected, you will usually be referred to hospital for further diagnosis and treatment.

Sepsis is a medical emergency. If you or someone you care about has a rapid progress of these symptoms call 999.

Time is critical when it comes to treating sepsis and every hour counts.

Get in touch today